Cycling in the Peaks is not for the faint hearted…

The Monsal Trail is a traffic free route for walkers, cyclists, horse riders and wheelchair users through some of the Peak District’s most spectacular limestone dales.

The trail runs along the former Midland Railway line for 8.5 miles, In May 2011 a £2.25 million re-vamp of the tunnel were completed.

You can hire bikes from Hassop Station just a short drive from the park, visit there website www.hassopstation.co.uk

MTB&B is a mountain bike hire company that will deliver bikes to you on site. www.mtbandb.co.uk 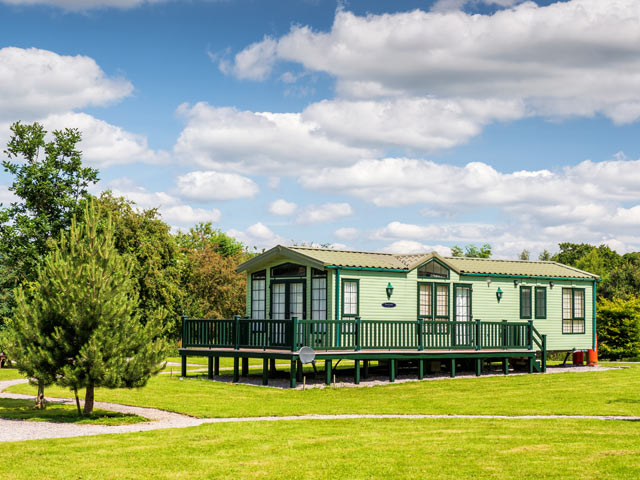 Holiday caravans for sale in the Peak district

We offer a wide range of Holiday Homes to suit families of all sizes, set in a beautiful location. 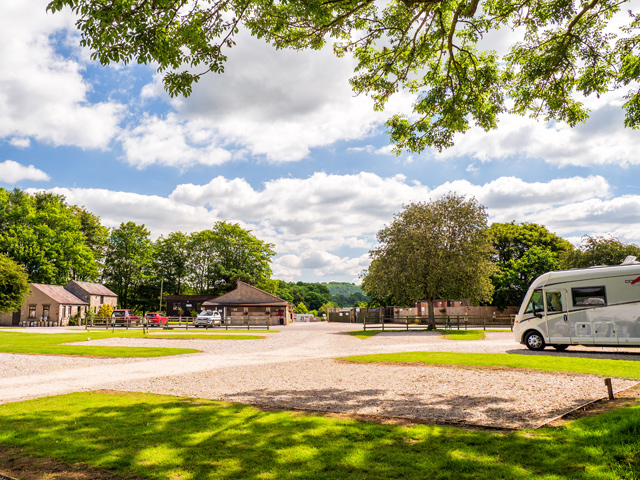 Touring & Camping in the Peak district 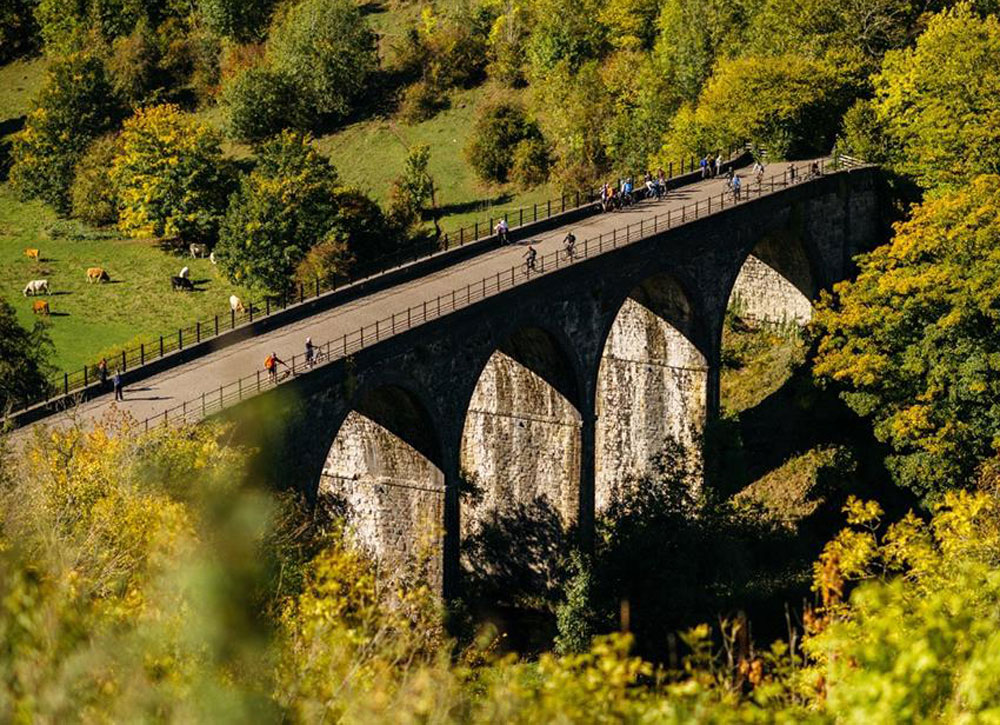 Great activities for the whole family to enjoy around the local area, and some further afield.

Tracey B
Lovely Site. We first came here about 4 years ago and thought It was a lovely site but never came back until this year!!! I don’t know why. Anyway we are here now, our third visit this year with another one booked for Sept. it’s a lovely well kept site and the staff are really nice and very polite. The views of the Derbyshire countryside are amazing. The pitches are very well set out. Our favourite is Pitch 24 only because it faces the pub and I’m nosey. Lol. The pub is very nice with a proper village atmosphere. There’s a nice outdoor seating area and a play park for the children. There is an Aldi a few minutes drive away or about a 10 minute walk. It’s very close to Bakewell, 5 minutes drive which is a beautiful little town. Buxton is about 20-25 minutes drive which is also a lovely town with loads of shops. All in all a nice relaxing place to stay. Well done Team Greenhills.

RLOH
Good campsite located within walking distance to Bakewell Good campsite within 30 minute walk to Bakewell, Aldi close by, reception selling the basic needs. Friendly and helpful staff. Bar onsite located next to a play park for the children. It was just a shame our grass pitch was a mud patch which wasn’t great with the heavy rain we had for 2 days!!

Tracy S
OUTSTANDING Our second visit to this caravan park and yet again an outstanding visit. Even though the management look a wee bit tierd they were still helpfull. The only advice i would suggest is remember if you have an awning you need rock pegs. Thank you again Team greenhills

Lynne S
Lovely week away We stayed 6 nights. 2 adults, 2 teenage boys. Lovely campsite. Check-in was quick and easy. There’s two toilet/shower blocks. Both kept very clean with plenty of showers. I never had to queue once. The on-site bar is lovely and serves a very welcome pint after the busy days. There is an information hut with lots of leaflets/maps etc to help to plan. Our pitch was number 14 and was a level pitch once we’d driven down the small slope to it. It rained heavily throughout our last night so the pitch was a bit boggy at the back of the tent as we were packing up. The way the camping pitches are set out with the hedges and trees makes it feel less crammed in. Aldi is a 10 minute walk from the camp, The little village of Ashford-In-The-Water is a 15 minute walk away. The shop there is small but well stocked and we ate at The Bulls Head, the food there was really good. The Monsal trail is close by and I recommend the walk tunnels/viaduct/Monsal head all make it more interesting and a good walk. Bakewell was about 25 minutes walk away. It has lots of shops, bars and cafes. We also went to Heights of Abraham and the caverns at Castletown -and would recommend both. We really enjoyed our stay and would definitely return.

John23
Best stay ever I came to visit the site on my first ever touring caravan trip so I was filled with many nerves. I was met with 2 very kind and extremely professional young gentleman, they were extremely helpful and nothing was too much to ask of them. The on-site bar is very clean and tidy and a very nice modern look to it, keeping some old characteristics. I have read some of the reviews on here which questions how clean the site is?The site is extremely clean in all areas of the site. With the fact there are some grass pitches I expected the toilet block to be a little muddy however the floor and toilets are very well cleaned and even have a nice smell. You can tell that this is a very well run site. 5 star

Mark M
Great site near bakewell Check in was swift . Given details of where to pitch on a small map , which also had site rules written on it . Arrival time is from 1pm . Our pitch was level ( some less so ) but access to it was across a sloping field . Not a problem in the June sunshine , but I imagine it could be tricky getting off the field if raining . Plenty of toilets and showers . Showers are free . Main toilet block kept very clean . Laundry room and pot washing facilities good too . Bar was staffed by a young woman who always made time to make conversation.draught beers are a couple of lagers , a bitter and a couple of ipa,s . We had a great 3 night stay here in lovely summer sunshine . Great for people who enjoy the outdoors . Lots of decent walks around . Easy walking distance to bakewell or ashford in the water . Nice site , good staff . Recommend it .
We use cookies on our website to give you the most relevant experience by remembering your preferences and repeat visits. By clicking “Accept All”, you consent to the use of ALL the cookies. However, you may visit "Cookie Settings" to provide a controlled consent.
Cookie SettingsAccept All
Manage consent

This website uses cookies to improve your experience while you navigate through the website. Out of these, the cookies that are categorized as necessary are stored on your browser as they are essential for the working of basic functionalities of the website. We also use third-party cookies that help us analyze and understand how you use this website. These cookies will be stored in your browser only with your consent. You also have the option to opt-out of these cookies. But opting out of some of these cookies may affect your browsing experience.
Necessary Always Enabled
Necessary cookies are absolutely essential for the website to function properly. These cookies ensure basic functionalities and security features of the website, anonymously.
Functional
Functional cookies help to perform certain functionalities like sharing the content of the website on social media platforms, collect feedbacks, and other third-party features.
Performance
Performance cookies are used to understand and analyze the key performance indexes of the website which helps in delivering a better user experience for the visitors.
Analytics
Analytical cookies are used to understand how visitors interact with the website. These cookies help provide information on metrics the number of visitors, bounce rate, traffic source, etc.
Advertisement
Advertisement cookies are used to provide visitors with relevant ads and marketing campaigns. These cookies track visitors across websites and collect information to provide customized ads.
Others
Other uncategorized cookies are those that are being analyzed and have not been classified into a category as yet.
SAVE & ACCEPT